As of 2022, We have continued to evaluate and rank the top wand massagers according to their durability, reputation, and material quality. A non-porous, stain-free, body-safe silicone head is a part of each. 2 All of these are strong sex toys, although some start out kinder than others and are stronger than others. 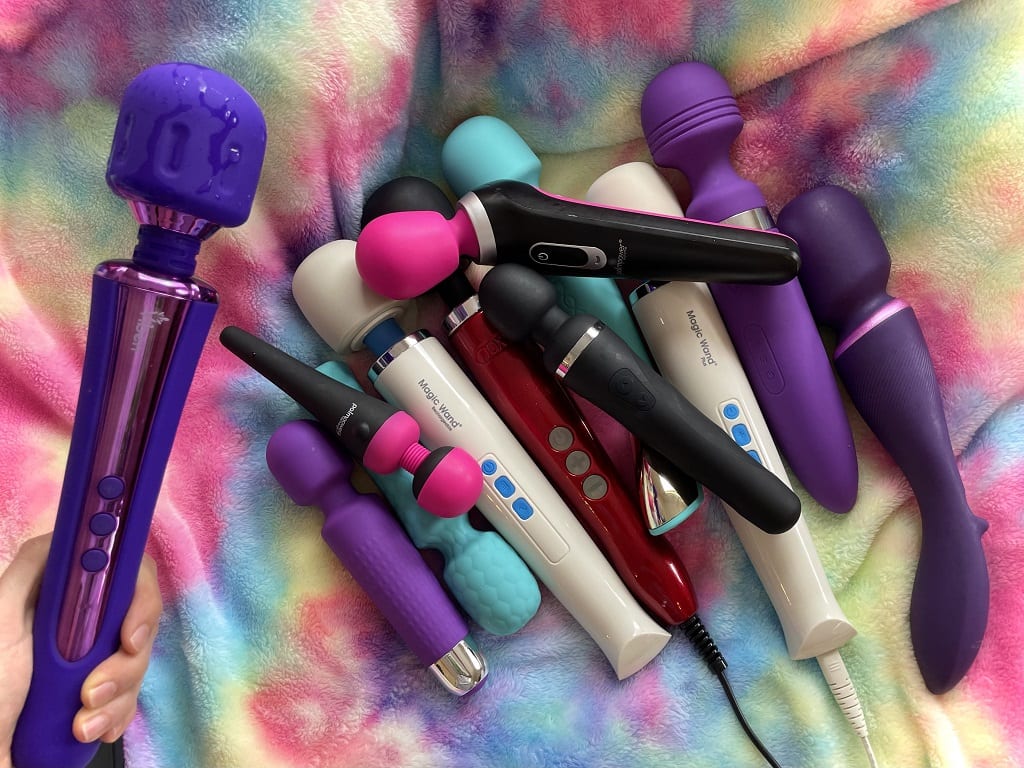 With a variety of vibration patterns to an intuitive speed control, the Magic Wand Rechargeable is up for whatever you’ve got in mind. Its soft, silicone head and neck are flexible – and so is its power source. Feel free to enjoy cordless convenience or use it while plugged in. at affordable prices at goldenpleasureonlinstore.com Wands vary widely in terms of how waterproof they are, in contrast to other luxury feel categories.

I mean completely submersible for usage in the shower or bath when I say "waterproof."

The O-Wand, Vedo Wanda, FemmeFunn Ultra Wand, and BMS PalmPower Recharge are four rechargeable, cordless wands that are completely waterproof (when the silicone cap is locked in place). That indicates that you can immerse them in a sanitizing solution as well as take them into the bathtub or shower: 50 to 70 percent isopropyl alcohol or a 10 percent bleach-water solution.

Any massager wand described as "splashproof" or "water-resistant" can be cleaned with running water and is probably safe to use in the shower as well (not the bath). These are Mystic Wand and Le Wand.

The Lovense Domi wand is an intriguing example: the entire body can be washed under running water so long as water doesn't spill into the charging port, which is located at the base of the handle. Pour your liquid toward the toy's head, if you're sanitizing, downward.

You should only wipe clean the PalmPower Recharge, according to the owner's manual, so heed that advise if you're being cautious. I handle this toy the same way I treat the Domi wand: waterproof with the exception of the open charging connector at the end. The silicone head may be washed in the sink as long as you don't get the bottom of the handle wet.

Last but not least, I regret to inform you that the Hitachi Magic Wand is not waterproof. Water can seep into the neck of Vibratex Magic Wands and Doxy Wands, which makes them difficult to clean. So how do you clean a vibrator for a Magic Wand? The toys here are essentially wipe-down only. I do use a small bit of soap and a slow stream of flowing water to cleanse the head of my Magic Wand. I shall wash my hands again after applying rubbing alcohol to sterilize, never allowing the liquid to penetrate the vibrator's body. Be careful because if you soak your toy in water, the maker won't replace it.

The prudent course of action is to wipe your non-splashproof wand with a damp cloth or baby wipes (or wipes soaked in a 10 percent bleach solution/70 percent isopropyl alcohol solution to sterilize; then wipe down again thoroughly with water). Although the nonporous silicone heads of the new Magic Wands won't harm you, you still don't want water to go inside the vibe's body.